City Hall and City Services will be closed on Wednesday, January 29th from 8-10 am for an all-employee meeting. We apologize for any inconvenience and appreciate your understanding! 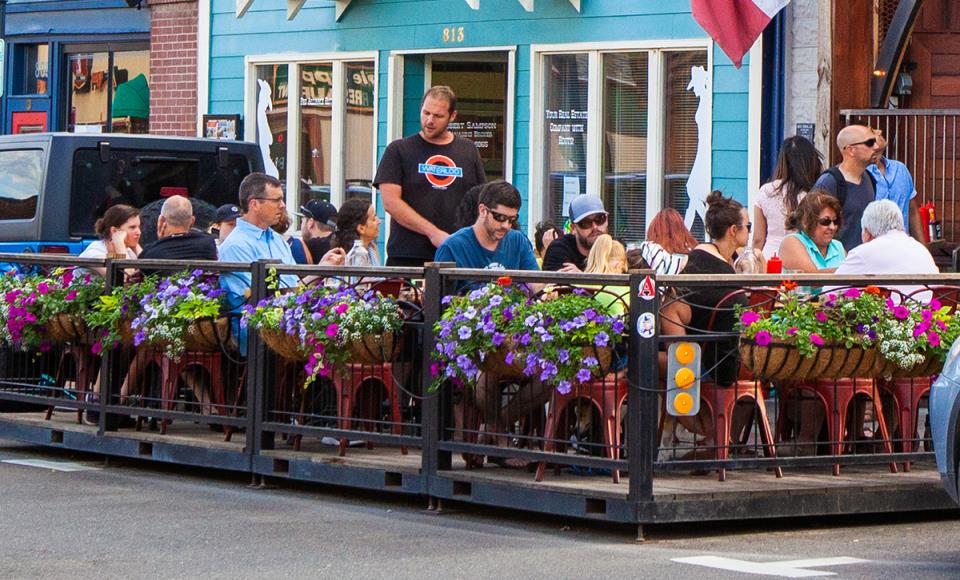 Have you ever wondered how the patios ended up downtown? Well you’re not the only one. The City and the Downtown Business Association (DBA) receive calls and emails from as far away as Oregon and Wisconsin asking how our Downtown Patio Program works.

Now in its 11th successful year, the Downtown Patio Program started with an idea from the DBA’s Ronda Grassi and Deb Krueger shortly after the Street Faire won a Governor’s Award for Excellence in 2008. They got the idea after seeing people dining al fresco on wooden pallets in Winter Park. 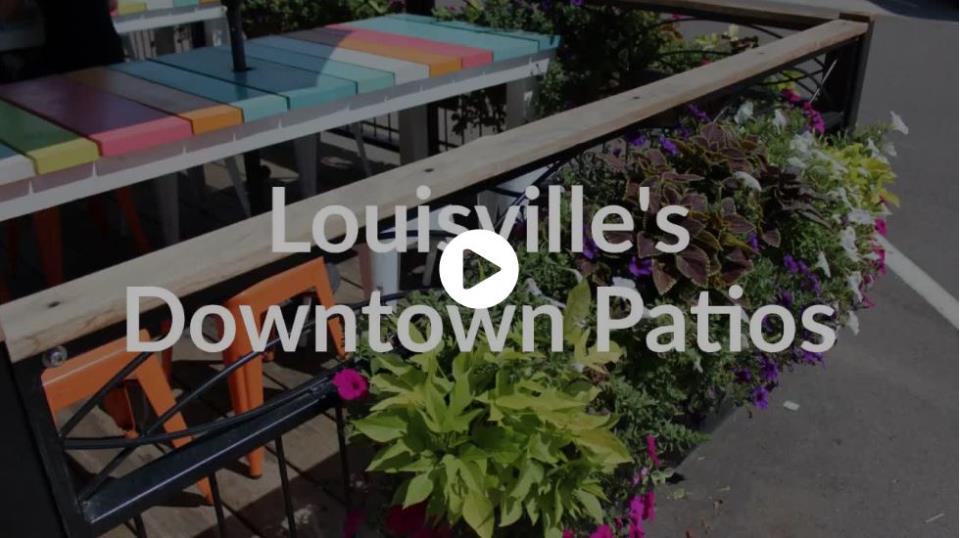 The original wooden patios, championed by Chris Pritchard and Jim Tienken with design and construction assistance from Home Depot, were enormously popular and heavily used. In 2013, as a result of the success of the program, the City stepped in with the welded steel patios that you see and enjoy today. Designed and constructed by Atomic Forge & Welding in Erie, the patios are now more durable and functional.

Over a relatively short period of time, the patios have become an attractive feature as synonymous with Louisville as the Historical Museum’s Coca-Cola sign. But they also create an active and vibrant streetscape, drawing customers to our downtown businesses.

“We look forward each year to patio season. The added seats really help given our limited indoor seating and it is a joy to see Main Street bustling with people enjoying food and beverages.”

“The street side patios have been a nice addition to our vibrant patio scene. Being off of Main Street, the patios especially help us draw in customers who are driving by. They also provide a great vantage point to take in the Street Faire during the summer.”

But not just for summer

Don’t forget that the patios are around until the end of October so there’s still time to enjoy them before they go into hibernation.

Sign up to the Monthly Community Update email newsletter to receive a monthly round up of news from the City.